Peppa Pig World Indoor Park was one of our main itinerary for our trip to Shanghai, given that it was opened not long ago after a successful franchise from their UK theme park.

The indoor playground was located at LCM 2389 Zhangyang Road mall, which is a 5 min walk from 北洋泾路 Station at level 3. The mall was surprisingly grand and quite big with plenty of middle end shops and restaurants to dine in, which we essentially spend the entire day in to shop and walk around. 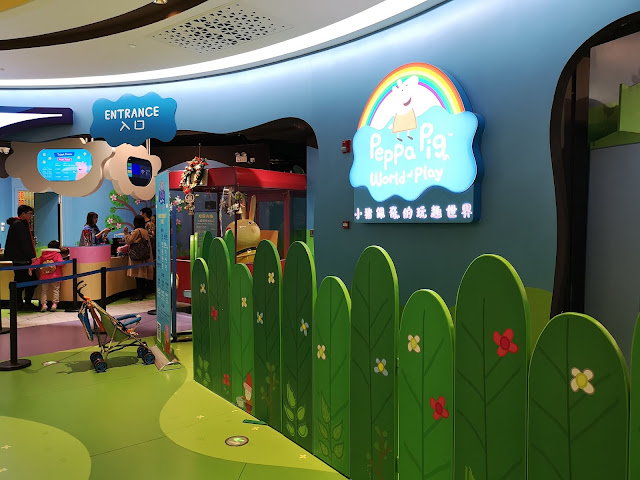 The entry fee was pretty standard and is equivalent to a price we paid for in Singapore. It charges 300 Yuan for 2 adults and a kid with a sock and a toy as a bundle package.

The theme world playground has a complete massive 1100 square feet of Peppa Pig World for children to roam around so you never feels like the place is overly crowded, even as we went during a weekend. 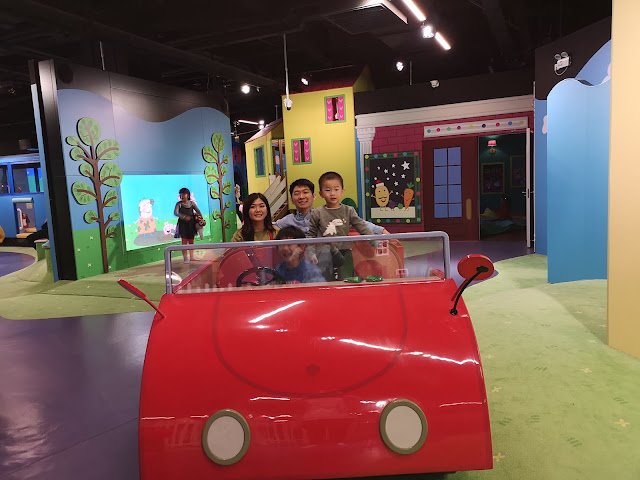 When we entered, we were greeted by the family car which we took a ritual family photo to start the day with.

The kids then ride the bus to school under the supervision of Mdm Gazelle (their teacher). The bus was huge and it can easily fit a few adult human size inside the bus. 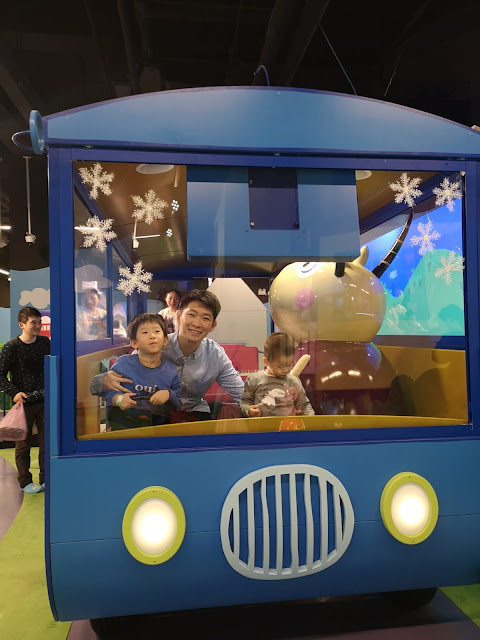 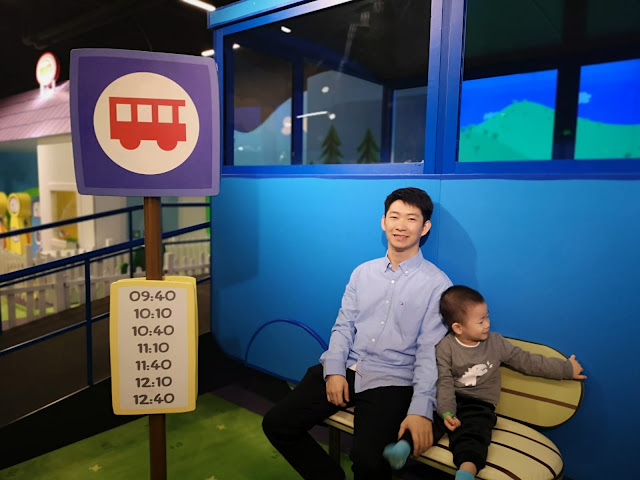 The place houses a few toddler playing slides so it catered more to the younger crowd who has toddlers between the age up to 3 years old. 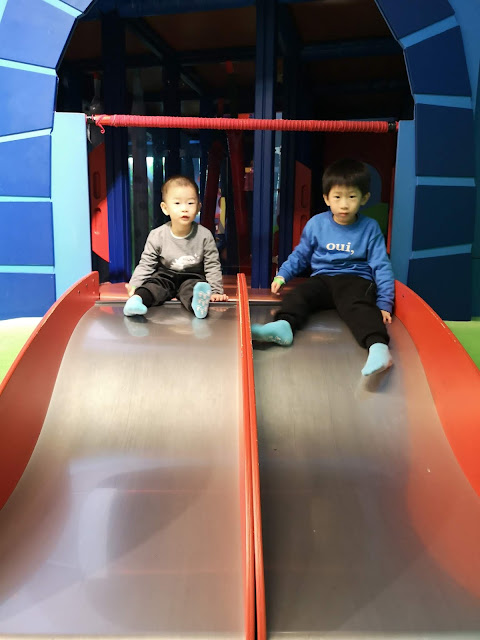 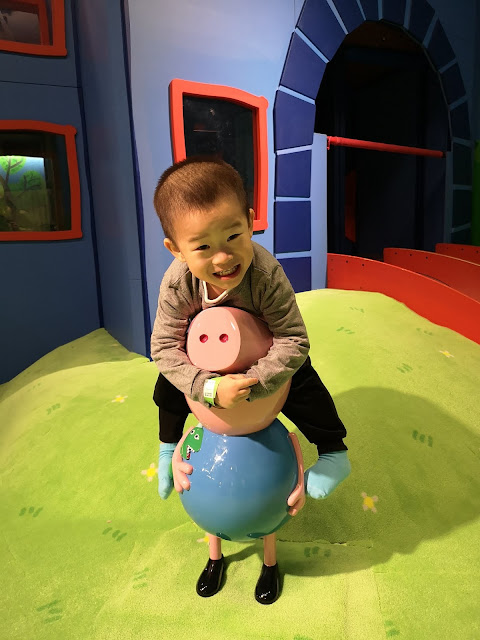 The place also houses the train ride, the supermarket, the post mail as well as Peppa's very own house itself. 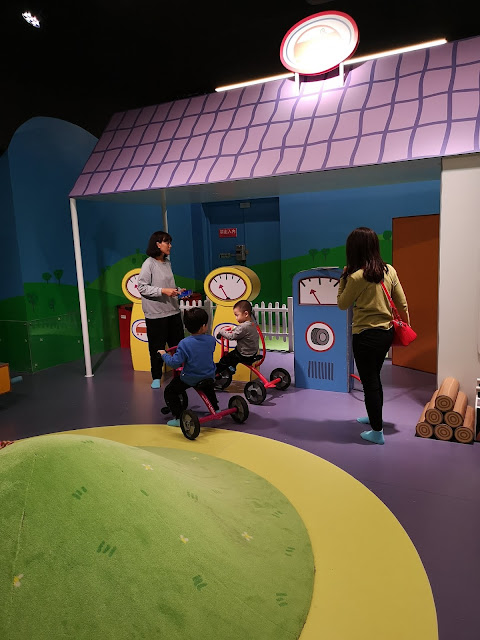 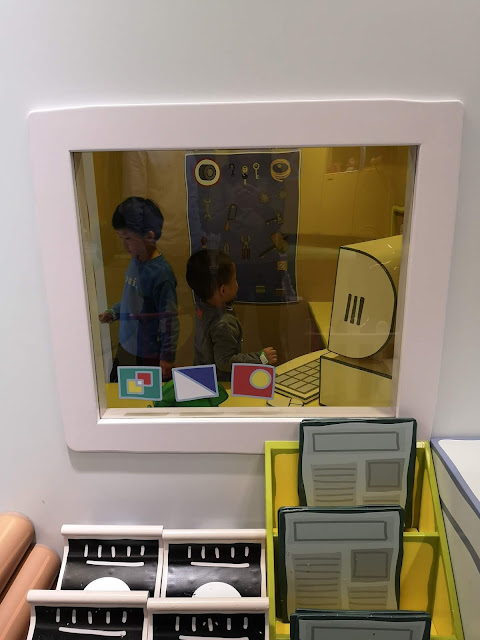 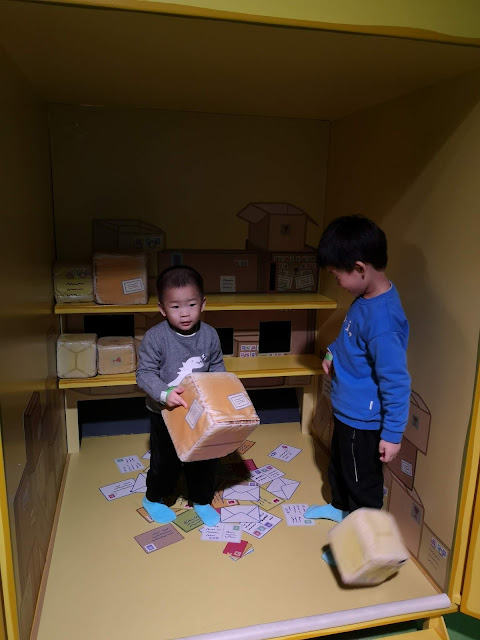 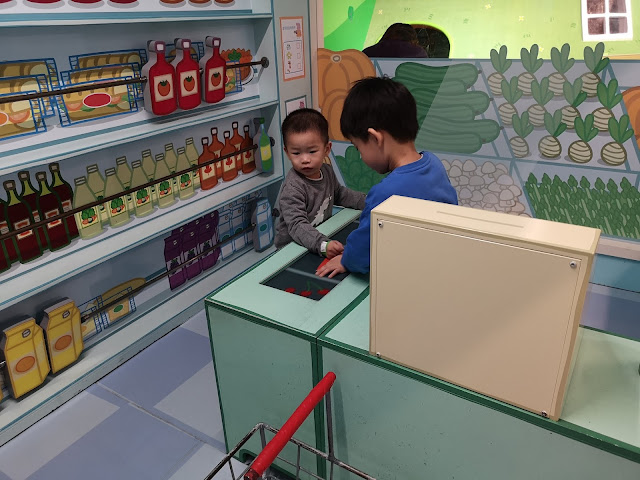 By this time, we were actually a bit tired roaming around as we chase after the kid as the compound was big enough to wander from each room to another room. 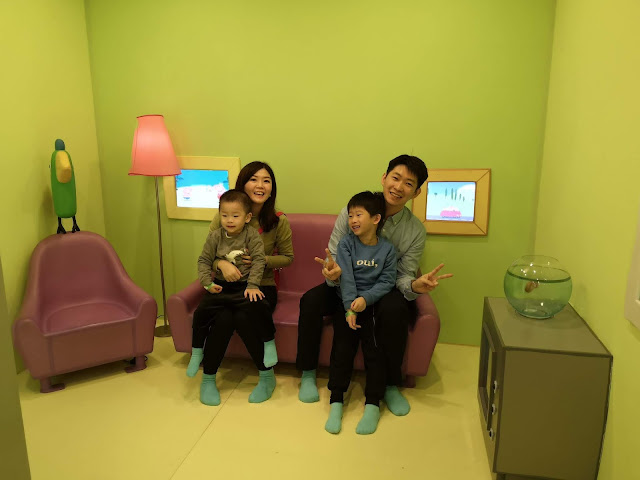 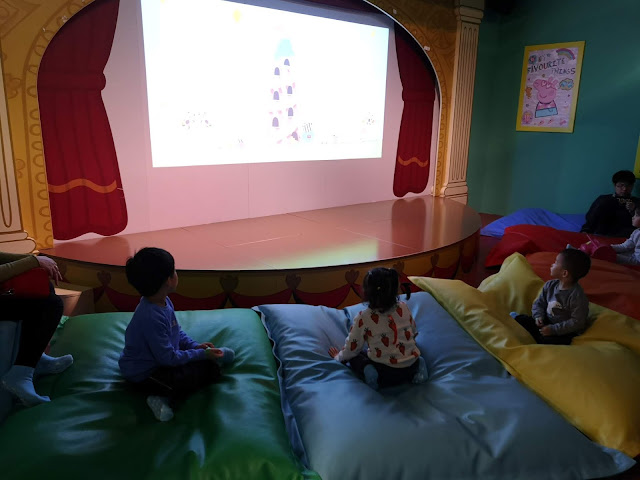 Last but not less, the mandatory shot with Peppa herself. 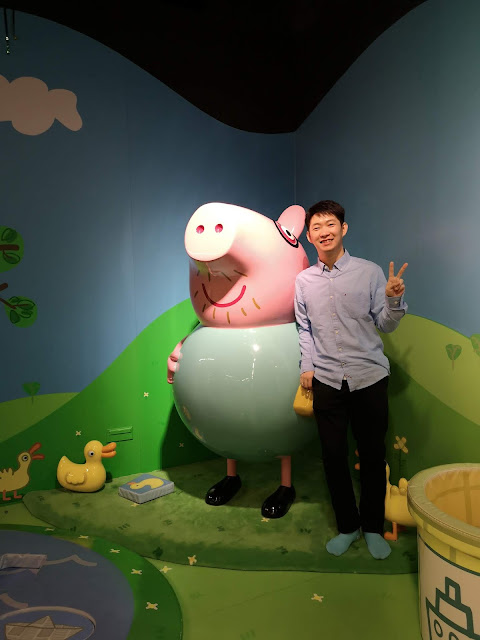 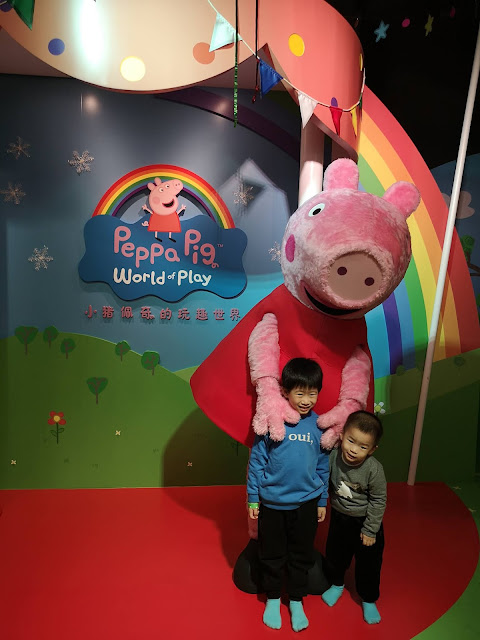 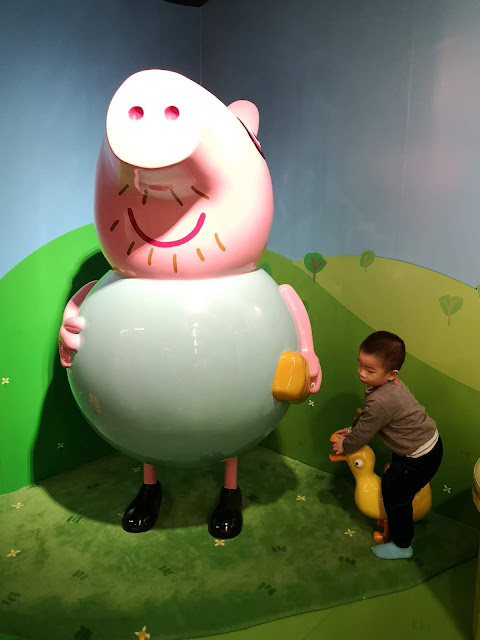 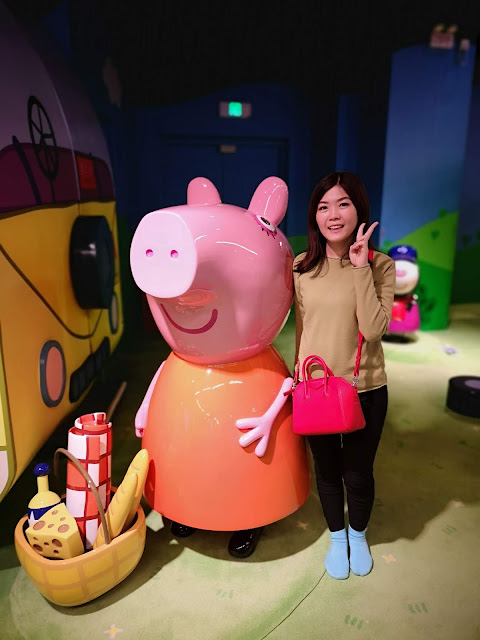