First Hand Experience At Farm In The City

Farm in the City was another hands on experience we were looking forward to with the animals.

I wanted the kids to get exposed to most animal farms they read on the book so I decide to bring them over here.

The farm was far oh boy depending on where you stayed. If you are like us who stayed nearer to the city center of klcc or Bukit Bintang, then this will take around 45 minutes to get by without traffic.

We reached the farm at around 9.30 and took a few photos first at the front before going in. 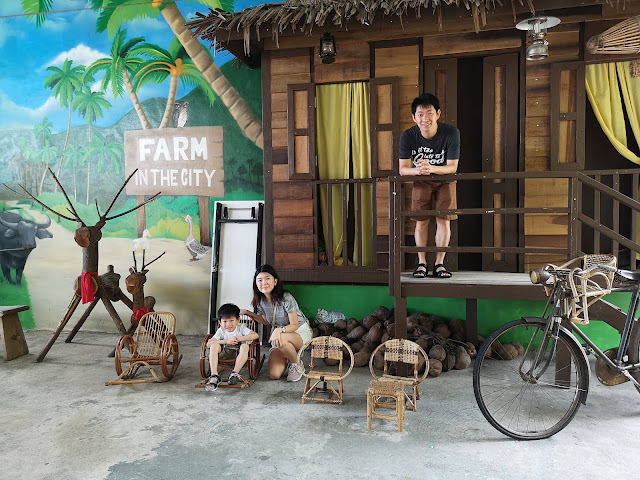 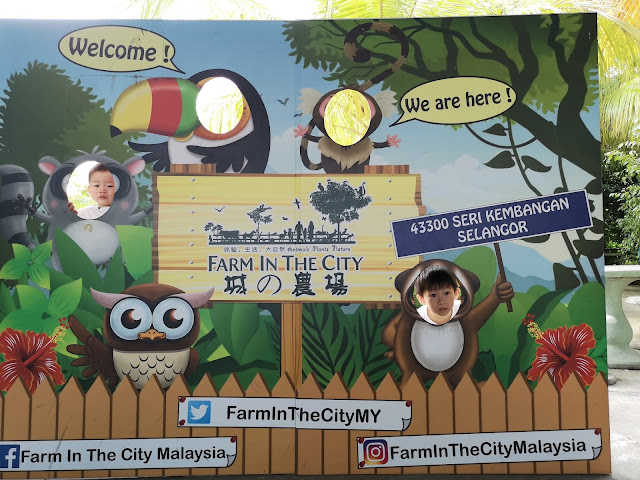 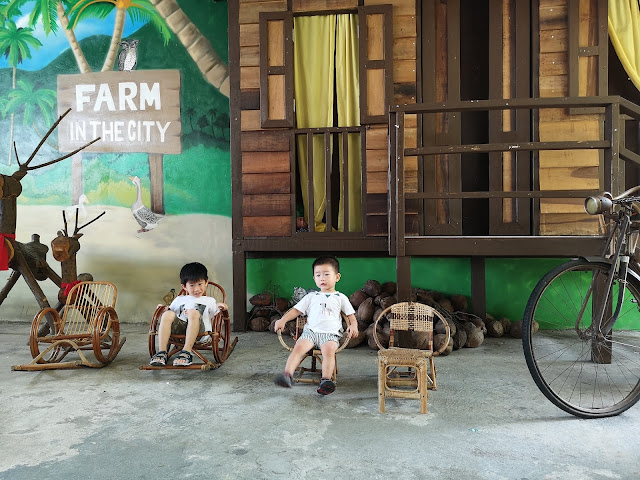 We proceeded to exchange our pre-booked Klook tickets at the counter and saw a mother hen was in the midst of laying eggs! 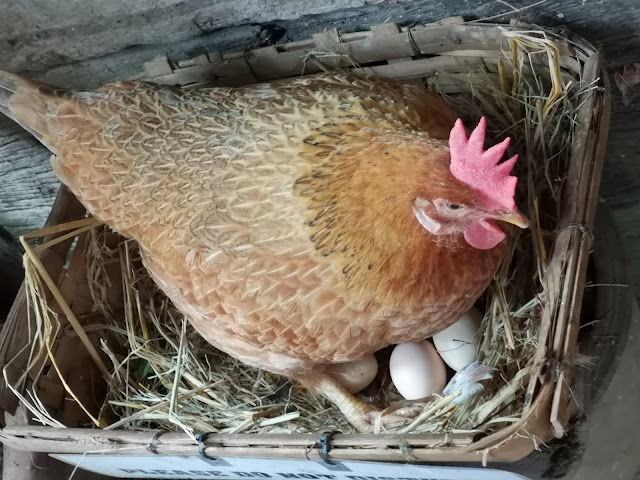 There were your typical farm animals that greeted us at the entrance. Chicken, horses, deers, goats. 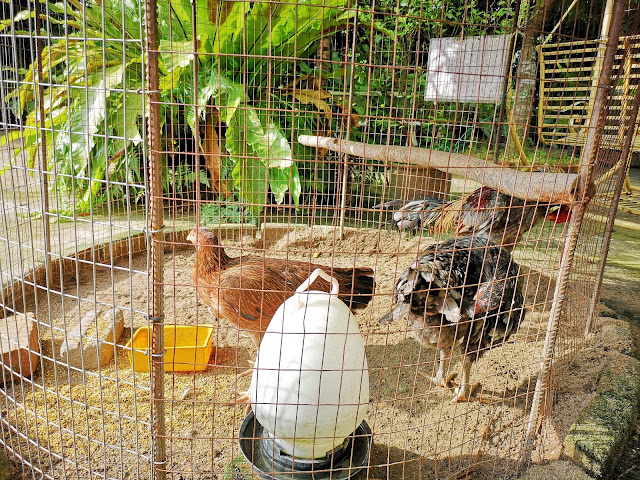 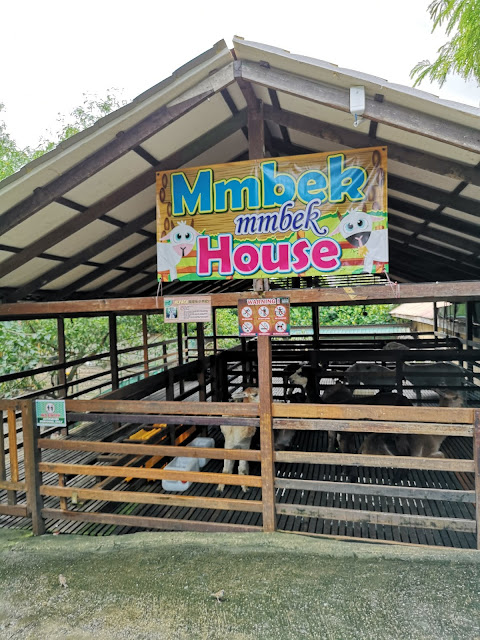 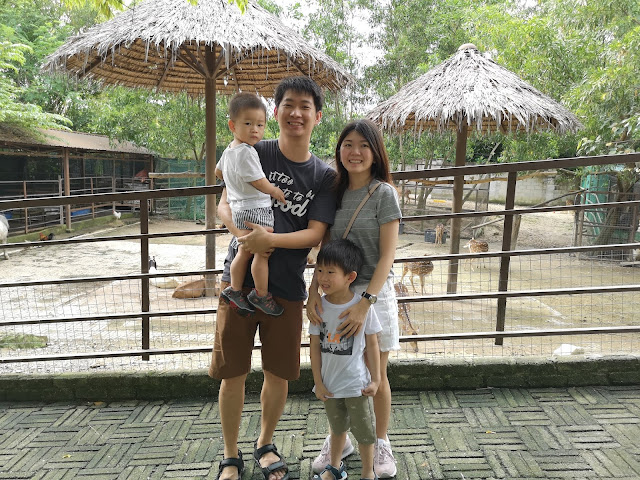 First off is the land of the giant turtle kingdom, where we're each given a strand of vegetables to feed the turtles.

The boys have fun too feeding and touching the shell of the turtles, and to have finally see them in person. 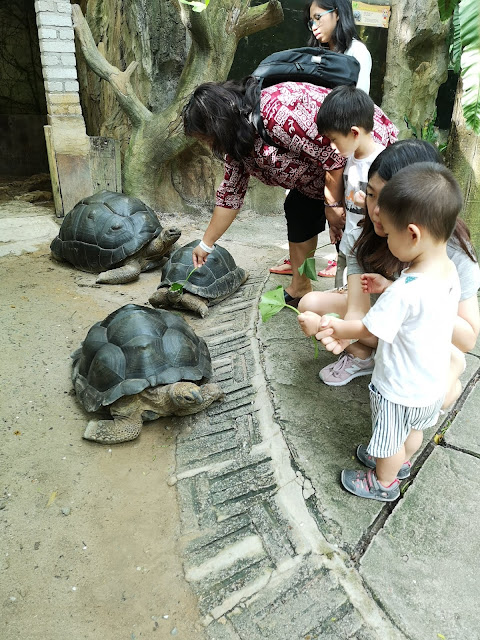 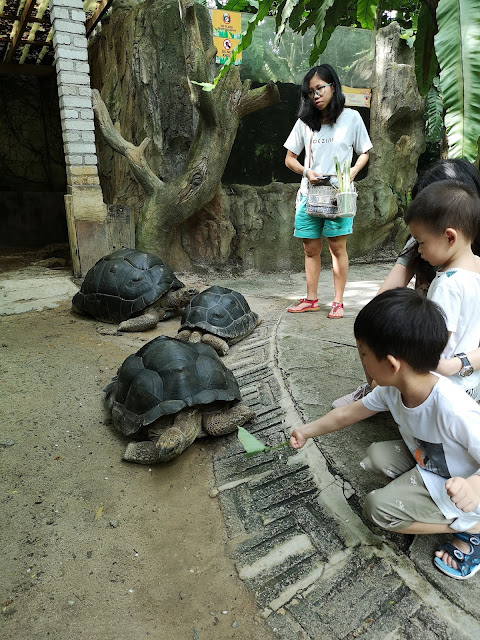 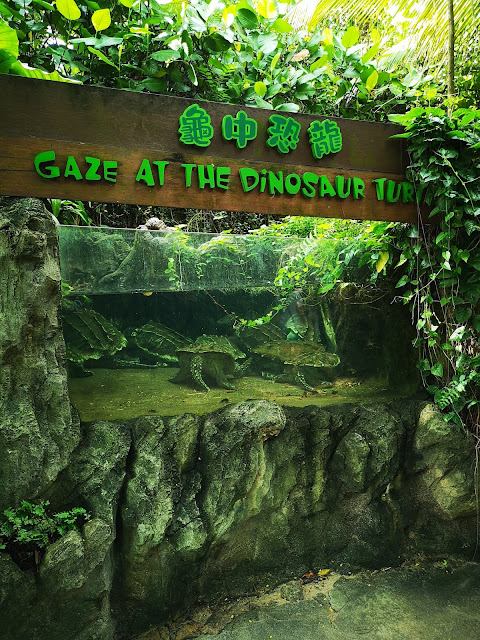 Next up is feeding the deers and alpacas with the carrots and some other hags that we bought.

They were huge and quite aggressive in wanting the food so the kids got a bit frighten off. 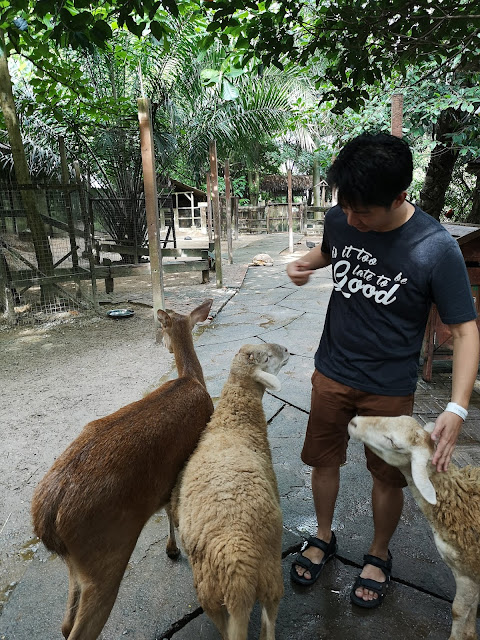 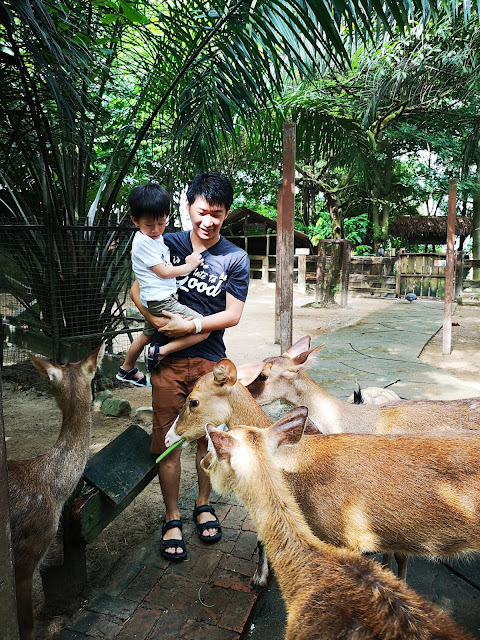 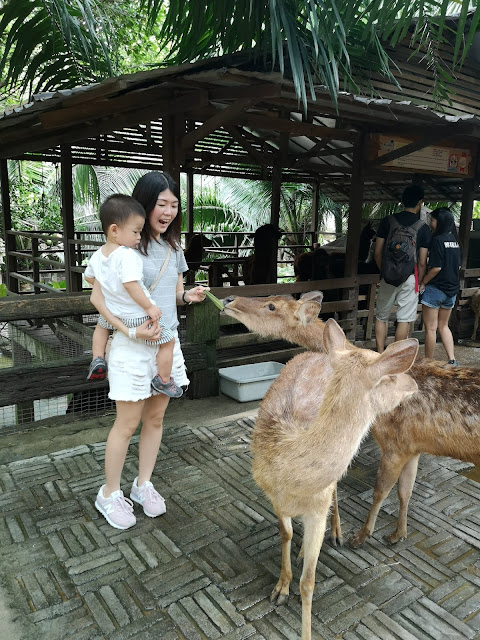 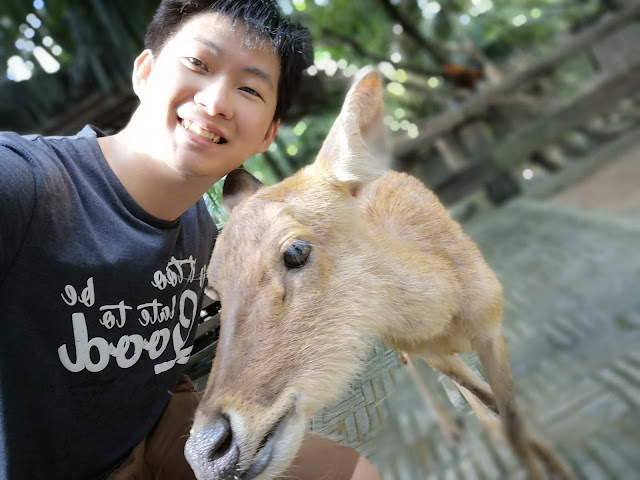 Next up we have the birds aviary which is pretty similar to the bird park we went to just 2 days ago.

We were able to feed off the birds who came right at us with foods at our hands.

It was a smaller compound with some birds and a peacock. 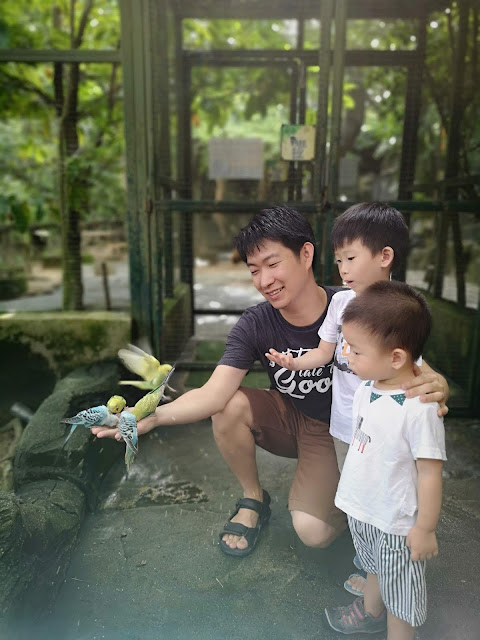 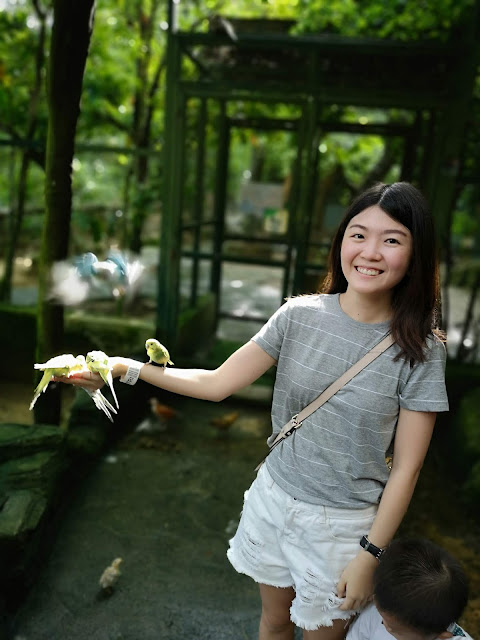 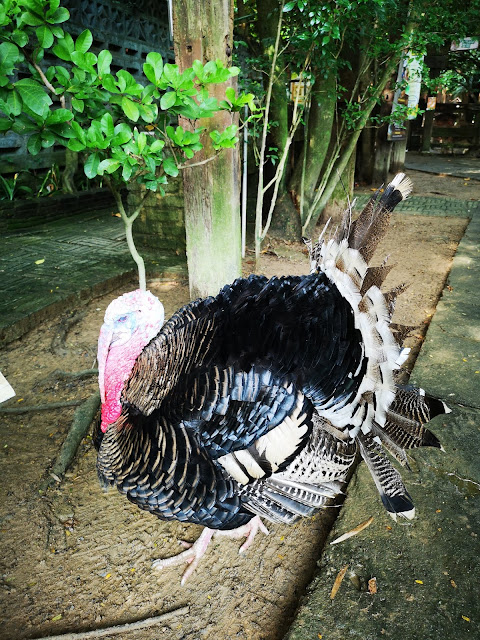 The kids were happy to see the rabbits and Guinea pigs because it was something to their size at last.

We were given each a small portion of vegetables to feed them and also have the opportunity to carry them by our side.

The boys had a good feel of the rabbit touch the very first time in their lives. 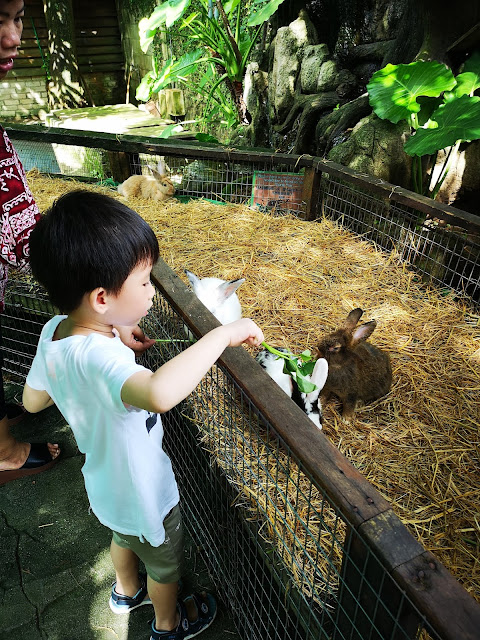 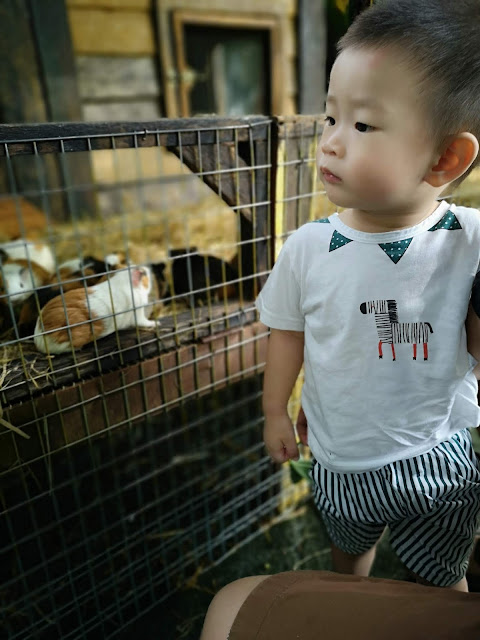 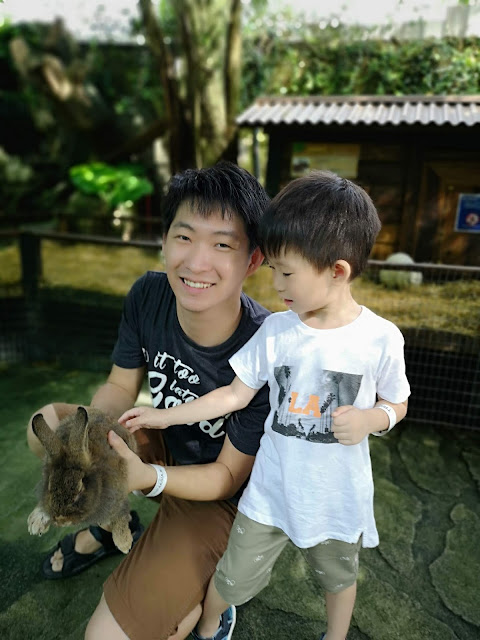 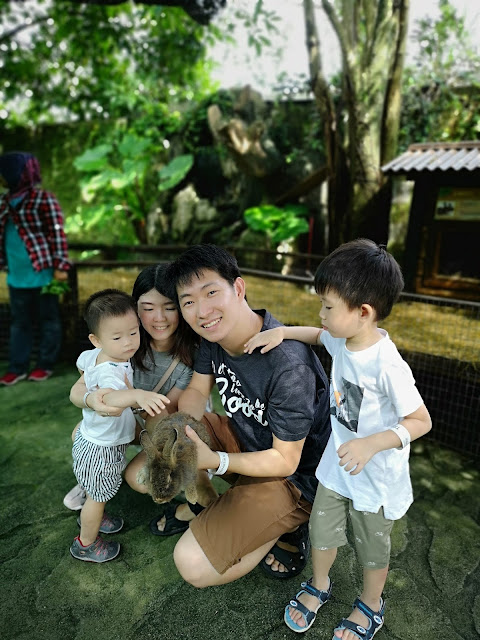 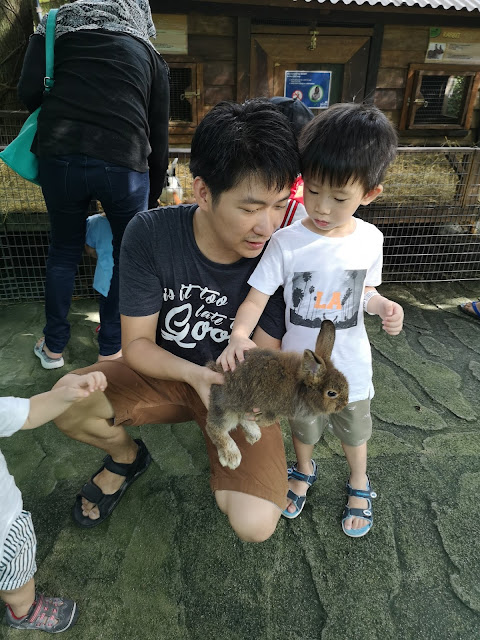 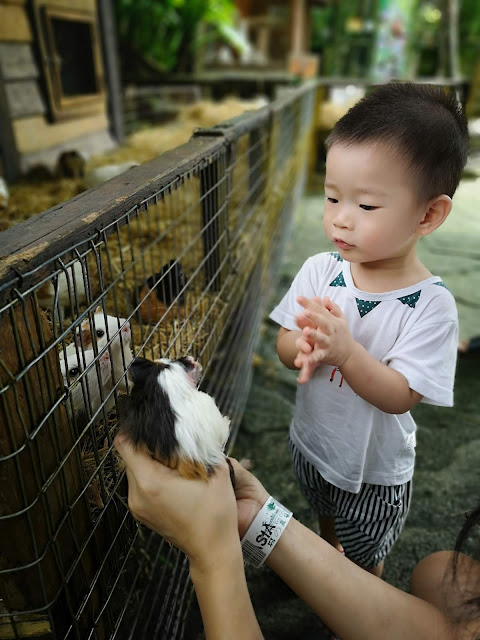 There were also some other animals that we encounter such as hedgehog, iguana, snake, chicks and owl. 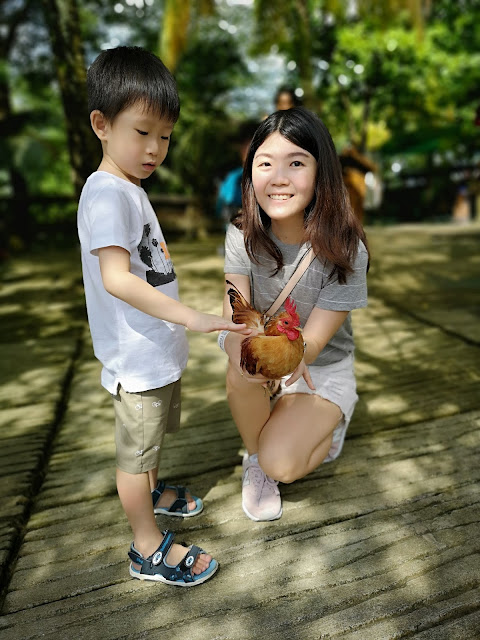 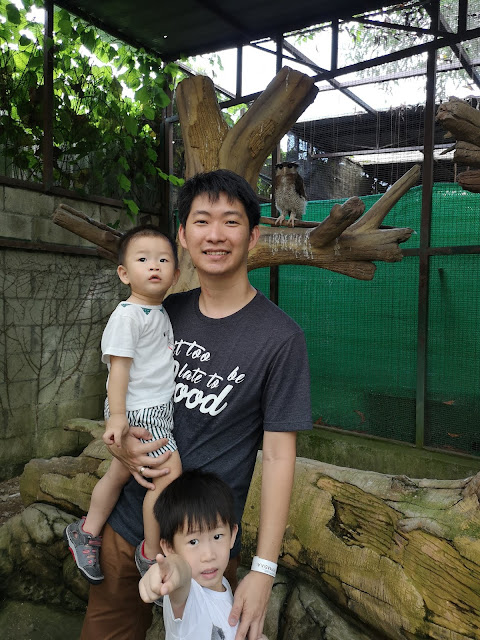 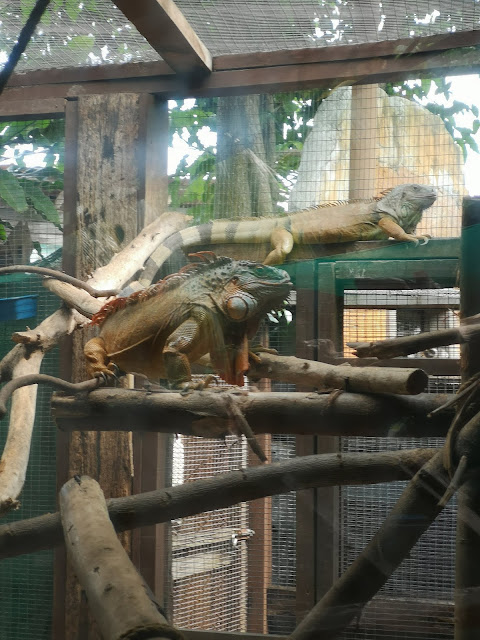 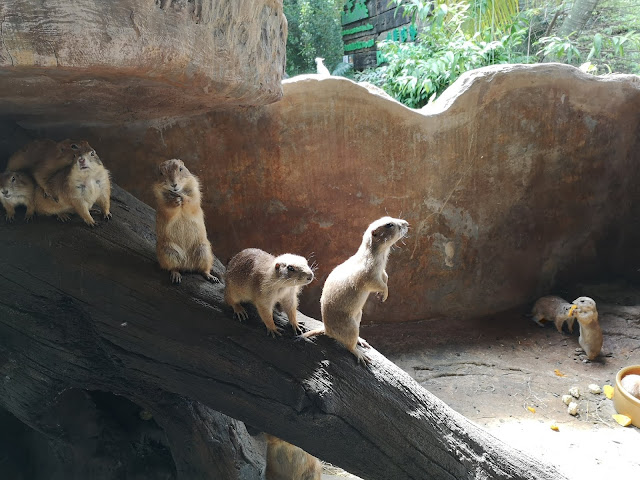 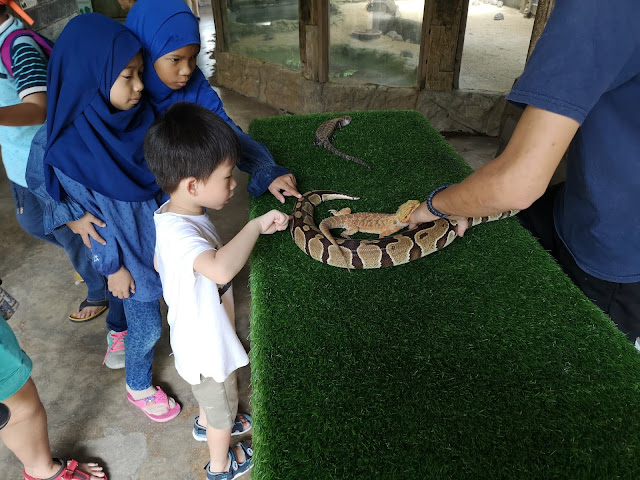 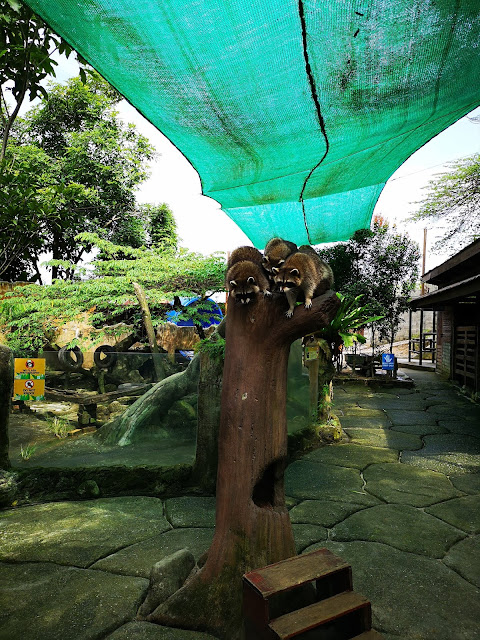 Overall, this is a good place for the kids to get to know some of the animals farm better and there are many roaming and enclosed animals on the farms that you weren't expecting.

We gave it a good thumbs up rating despite the heat weather.