We had a very nice and long rest at the Moonlake B&B as all of us slept soundly after a rather long day and the weather was great and cooling.

We had our usual breakfast at 8am in the morning just across where we live in the check in lobby. The owner made porridge along with some very simple condiments but we really like these simple dishes so much. I know my parents loved them a lot.


We had to sadly bid farewell as we continue our journey up east to Cingjing which is our main itinerary for the day.

On the way, we stopped by Puli and the first stop was the Puli brewery.

It was a good little nice history to know but it wasn't particularly an interest to us. So after about half an hour, we moved on.

The next stop is the 18 degrees chocolate which we bought some ice cream to chug along. 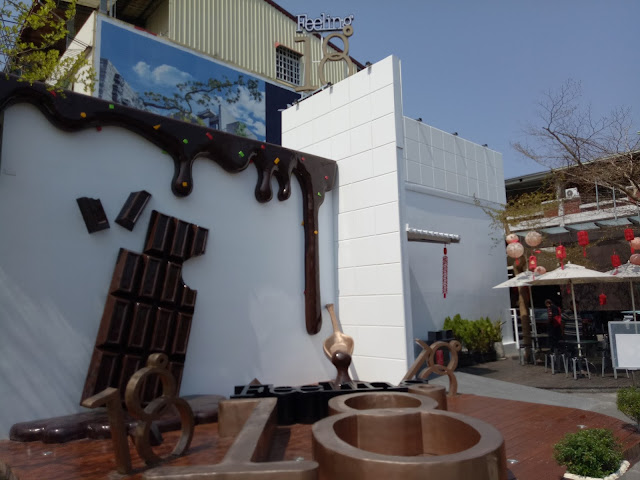 Our driver bought us to eat this simple but delicious noodle for lunch before heading to the mountaneous cingjing area.


After lunch, we spent an hour journey up north to cingjing.

Our first stop upon reaching cingjing was the Small Swiss Garden.

Personally, I found this attraction to be a bit of a miss because it appears to be deserted and there wasn't much things to do or see there, and the ticket was quite steep in my opinion.

Still, since we have paid for it, we might as well take photos after photos, lol.


Our next destination was the much anticipated Cingjing Swiss Sheep Farm.

Being Monday, we were hoping the crowd wasn't as many but we were wrong.

The farm though was a lot better than my expectation because the farm was huge and the landscape in the background was extremely beautiful.

We had a rather long day and the kids were exhausted with all the walking so we headed for our minsu Misty Villa for the night.