We made our trip down to Safra Toa Payoh this past weekend to check out the indoor playground they had since we heard some good rave reviews about it.

The entrance fee was very affordable especially if you are a Kids Amaze or Safra member. Even if you are not, the entrance for a single kid is only at $18 during weekends. This is much lower comparatively than the other indoor playground around the malls. 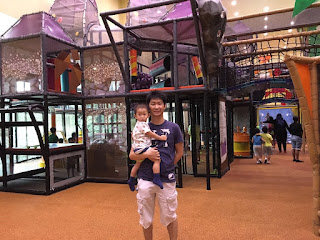 The playground was huge and they are separated into two parts - one for the toddler area and another for the older adults. We played both :)

Little O played in the toddler area for about 15 minutes and he kinda liked it at first, after sort of climbing and crawling around, made a friend or two but felt bored thereafter because it's all too easy for him. Suddenly, I feel like he has grown up from a young baby to a big toddler now. 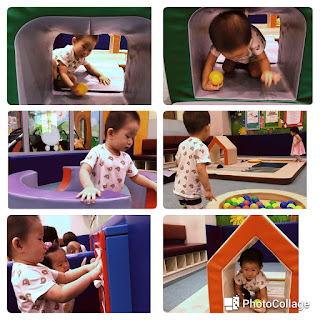 There is an area where all the kids would run to and lie on the center as they had a machine which sucked all the balls and dropped it right into the center to those kids excitement. I think this is the main highlight of the playground because there are so many kids getting excited and you can see the balls lying around on the floor after rounds of throwing around. 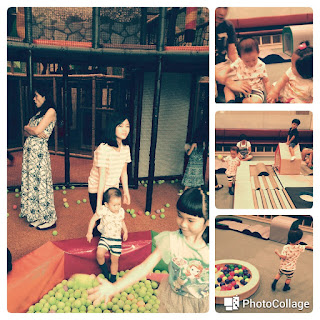 The climbing area was huge and I played my part in the exercise when I had to chase after little O running around for at least an hour. There was also a long slide towards the top which was slightly shorter than the one we had at Amazonia bu was still amazing. 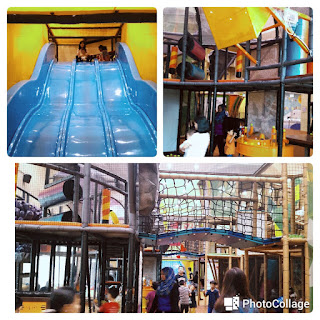 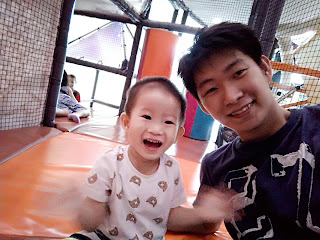