Batu Caves in Selangor Gombak was one of the site attraction I wanted to bring the kids for their outdoor experience.

We took a cab from our place near the KLCC and it costs us around Rm20 for about half an hour ride.

We reached at about 9.30 and it rained a while before it stopped.

My wife had worn a short so she needed to rent a sarong to cover her legs for religious purpose. 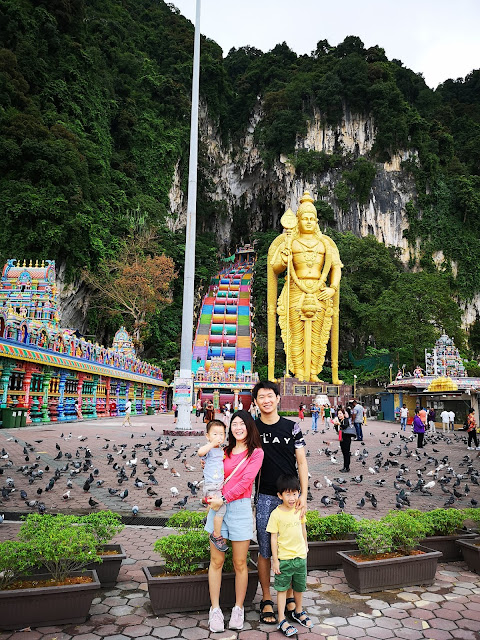 The site boasts a huge Hindhu God that oversees the huge cave inside.

To get into the caves, we needed to climb over 200 steps and I wanted to bring that challenge to the kids.

There were many birds at the ground floor which was an amazing feat to watch. 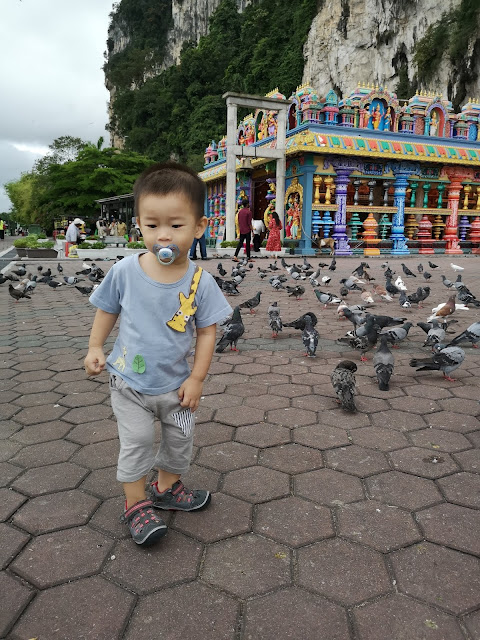 We started our ascend upwards and we took a couple of family shots because the landscape was just simply too beautiful not to take. 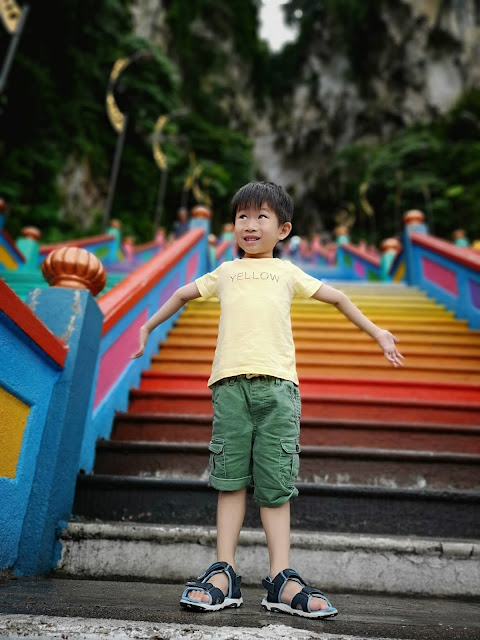 Midway through the climb, we saw a few monkeys jumping around for attention. They were mild and only aggressive towards those who brought and tempted them with food. Else, they'd mostly just ignore you. 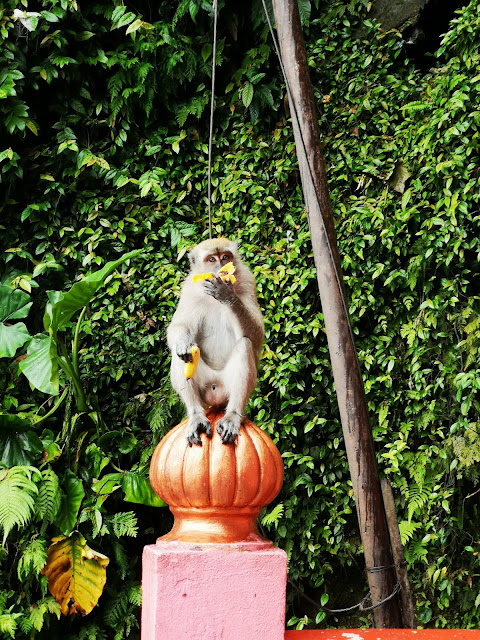 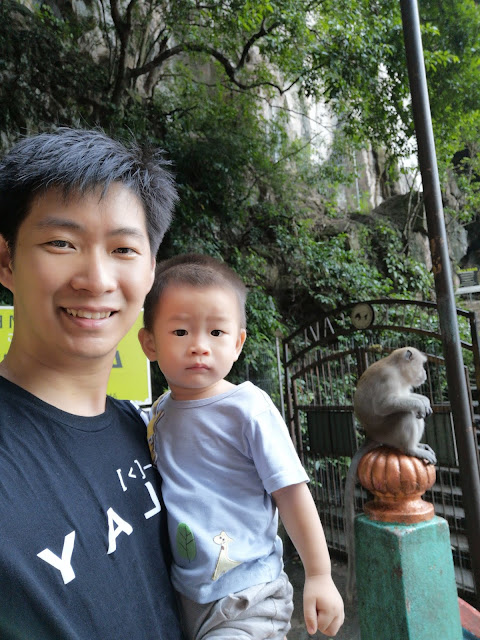 When we get to the top, exhausted of course, we were greeted by a pretty awesome cave that were overlooking the nature.

There were a couple of the Hindhu God, prayer and symbols going on so we just looked around. 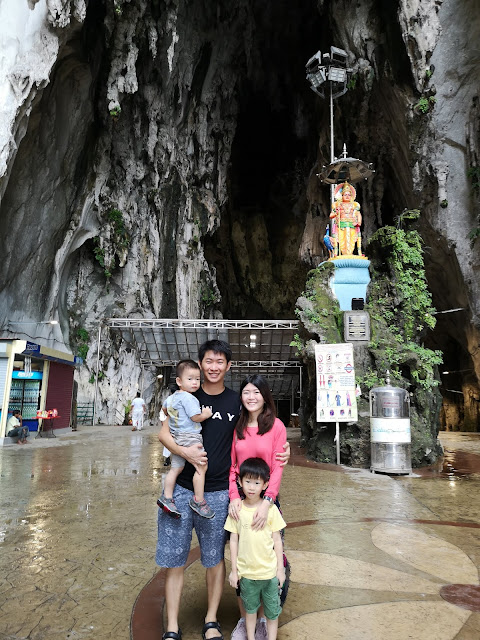 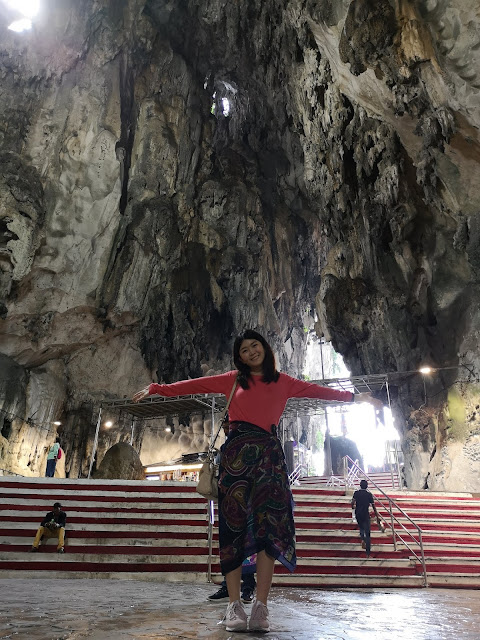 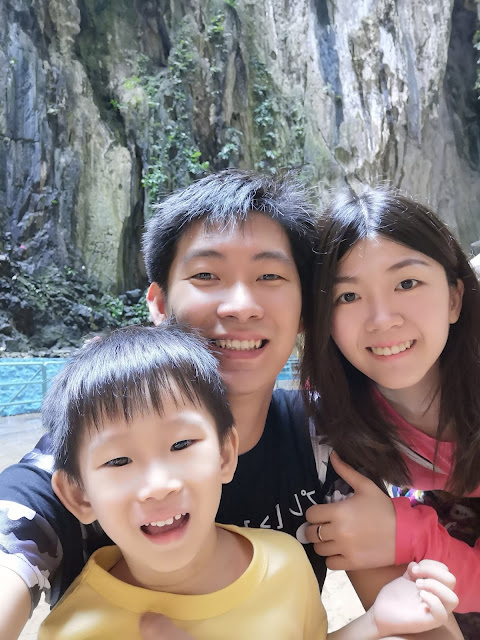 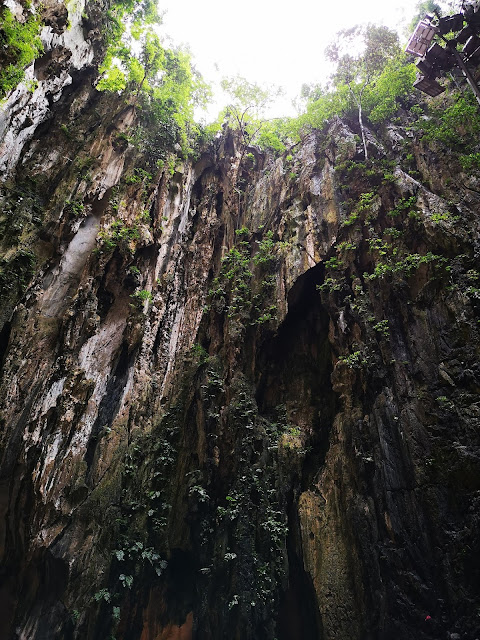 Overall, if you are like me and enjoy nature and cultural at its very best, then I'd recommend a visit to the Batu Caves.

It. Is. Something a little different that your typical KL city life.