We went to Gardens by the Bay with the intention to watch the Rhapsody of the Light but were more than pleasantly surprised to see the huge statues of dinosaurs being placed right there.

We planned to go in the morning when the sun was bright and sunny but we were exhausted after our run-out at the Palawan Pirates the day before.

In the end, we decide to go only after we had our dinner at home, sometime around 6 in the evening.

It was still bright by the time we reached there and we managed to stop by a couple of activities that were still ongoing at that point in time. Oscar was also very enthusiastic about checking out the dinosaurs too of course when he sees them. 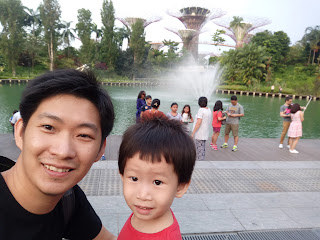 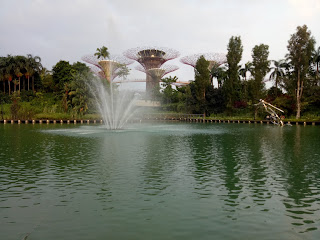 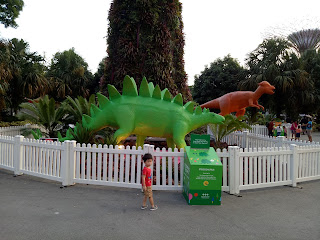 There were ongoing performances and there were spaces in the huge plainfield in the middle area. By the time we reached there, it was about to finish, so we didn't really watched much.

When the crowd disperse, we went to grab some ice-cream and sat down on the grass while waiting for the Rhapsody of the Light to begin at 7.45. There were some thunders so we were a little worried (turned out to be a non-event) 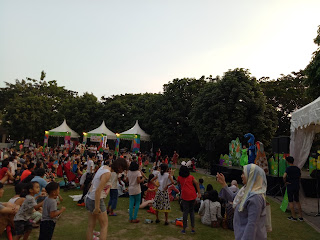 Rhapsody of the Light


We managed to grab a good seat area right in the middle of all the lights that were happening.

The scenery was beautiful and the view was breathtaking. It almost feels like one of the very few calm time to be able to enjoy time like that.

The Rhapsody show runs for about 15 minutes, though it seems a lot longer than that. It changes color right every second and it runs on mostly a Disney song.

I think it's something I could bring my parents and wife next time to enjoy the show again. 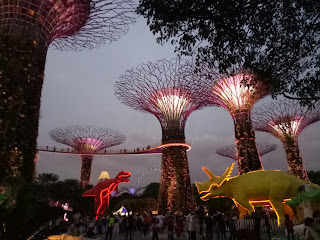 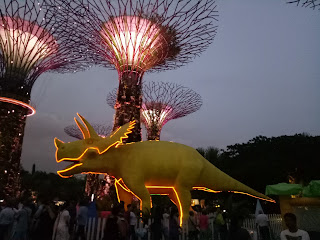 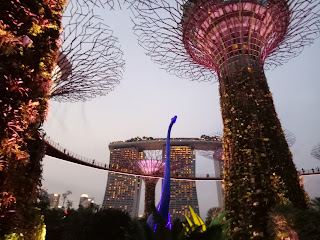 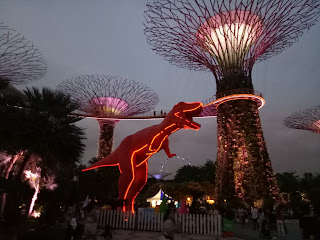 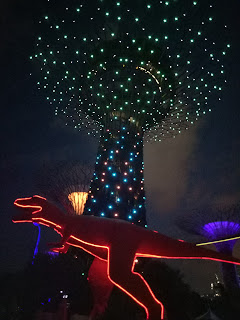 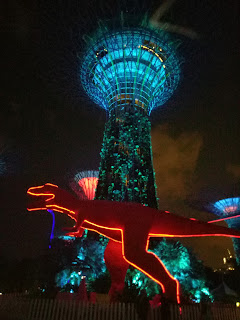