The Penang Hill is one that we were looking forward most to visit because of its rich heritage. It is located suburb of Air Item and is not too far away from where we stayed.

We took Grab from our place and it costs us only Rm14 for a 6 seater. The driver was very spontaneous, and he kept telling us some history of the hill as part of the preview. While talking to the driver,  we also found out that on top of the fare we paid,  he also received another Rm13 from the Grab company itself.  It is this sort of deals which makes it awesome for us consumers. 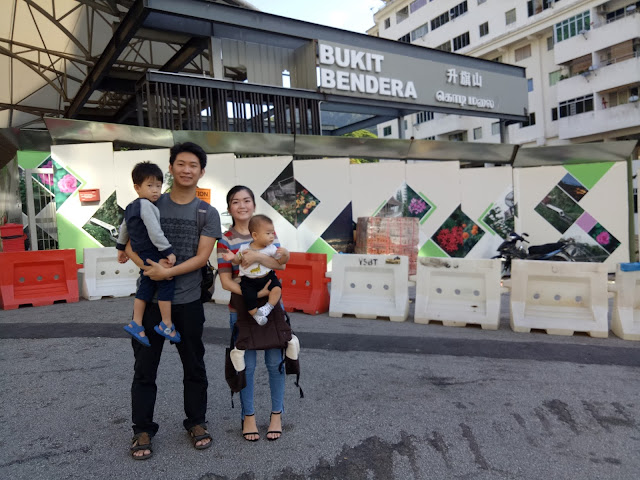 We arrived at the base camp because we heard rather horror stories about queueing. We arrived at about 9.30 am and the queue was short,  to our delight.  We proceed to buy the ticket foe the railway.  Do note that during weekends and public holiday,  the queue can get as bad as 2 hours.  They do sell express lane which costs double of ours. 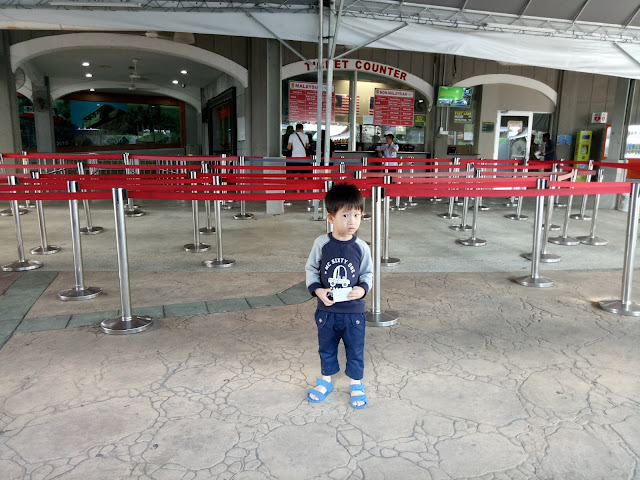 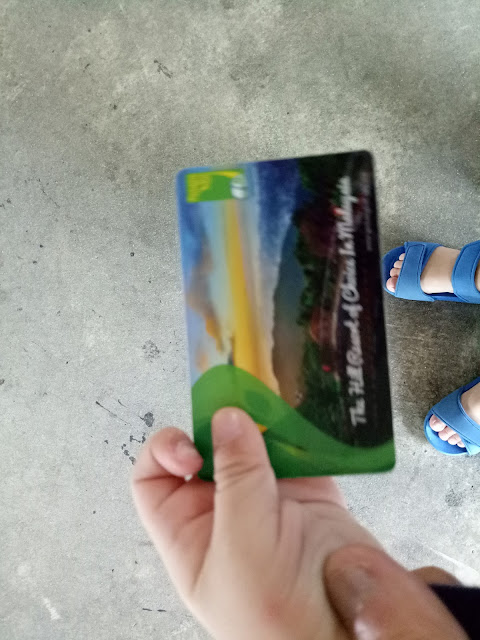 There's a few heritage stories about how the old railway was built and the transition to the modern one. 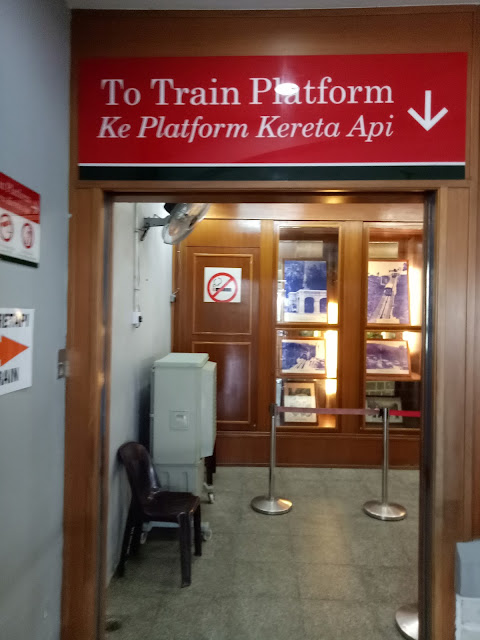 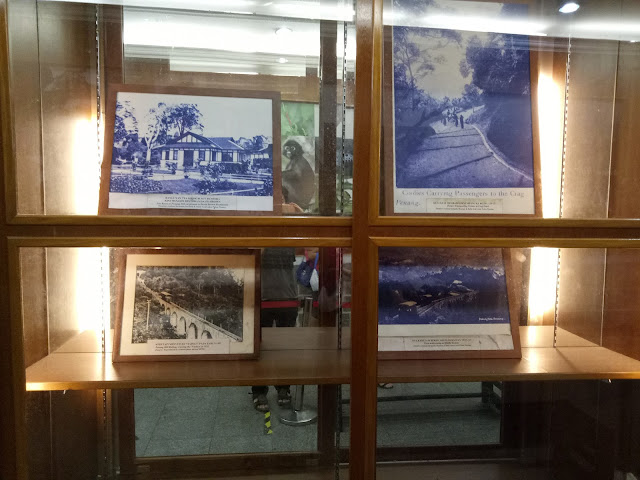 The kids were excited to see the train railway.  It is an interesting one in the sense that it is a one funicular section which climbs the Penang Hill from the base of Air Itam.

The drive was about 10 minute one way and we managed to get the best seat by proceeding to the last of the train with full view of Penang and the railway when it took off. 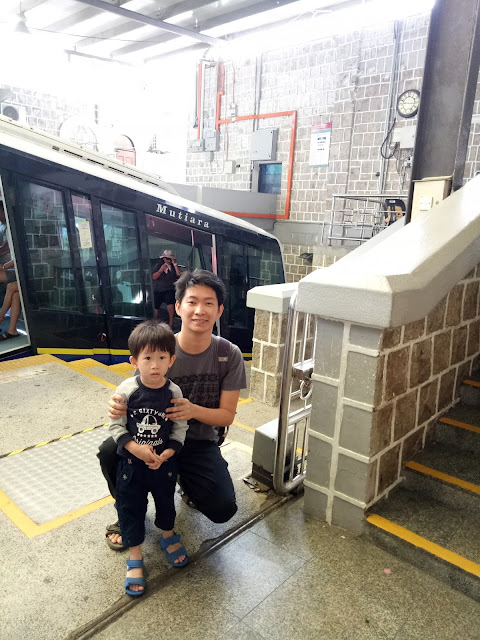 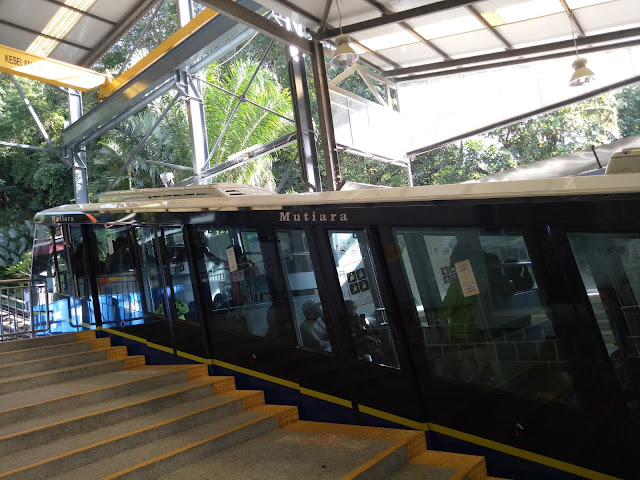 The ride was rather fast so if you are afraid of height like my wife,  you may want to avoid the last section and sit in the middle. Both our kids love it very much though, it's a big sign they'd love the roller coaster as much as I am. 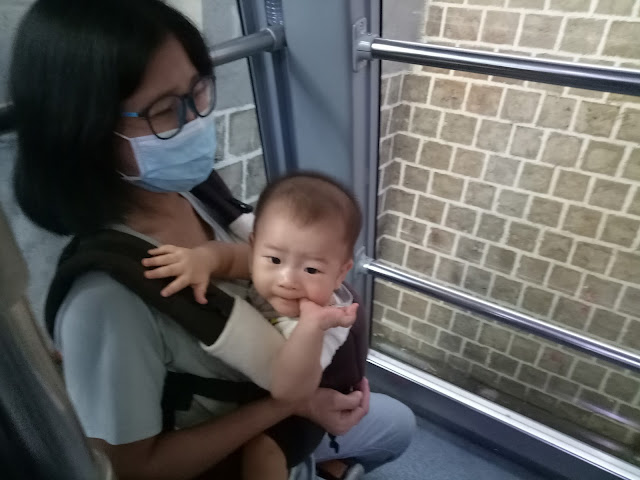 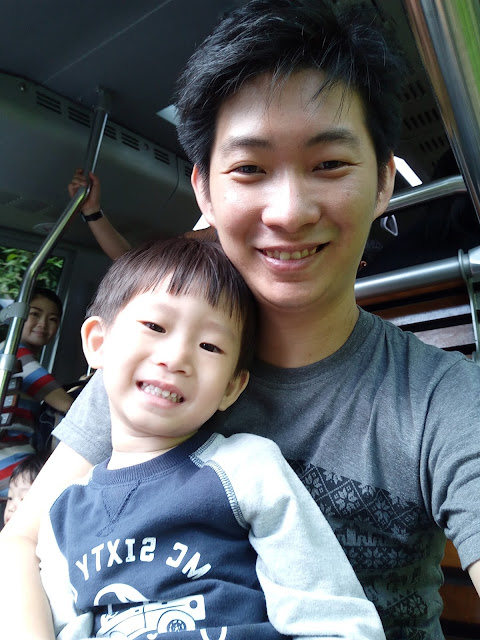 We reached the top at 712m high after about 10 minutes. The weather is rather cooling so we started doubling up our wear with another layer.

The view was beautiful and from the top we can see the Penang bridge,  Komtar and Kek Lok Si temple. 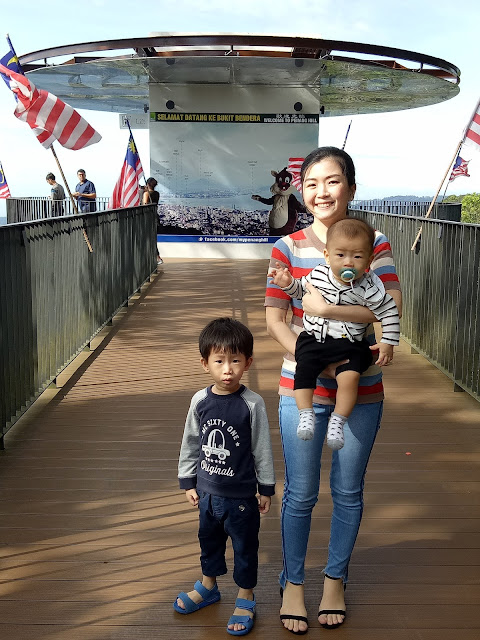 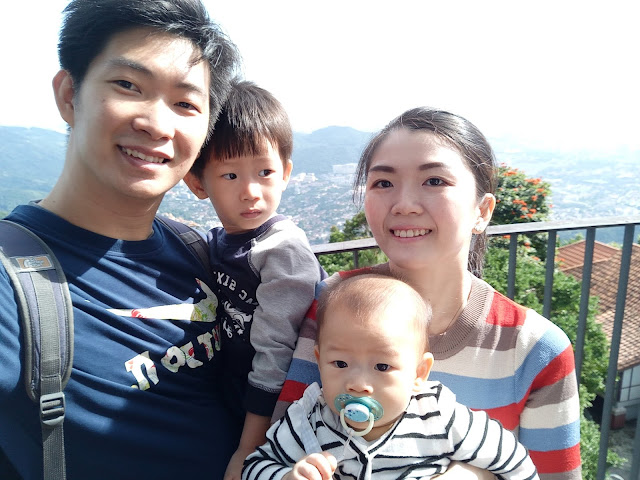 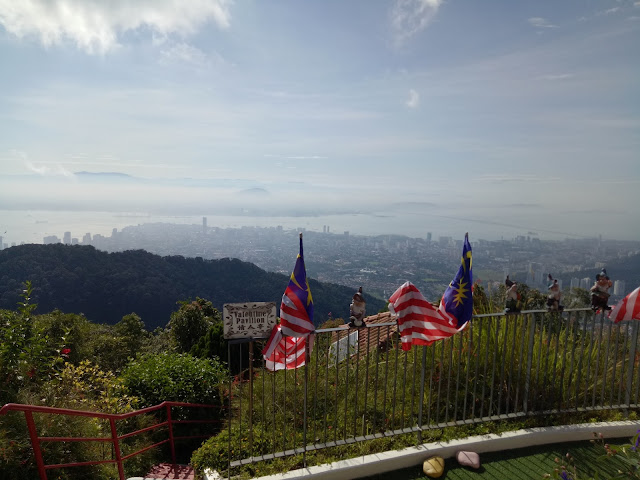 After we spend a bit of time camwhoring,  we walked a bit further and found some simple eateries and we settle down for some snacks like fried rice and chendol. 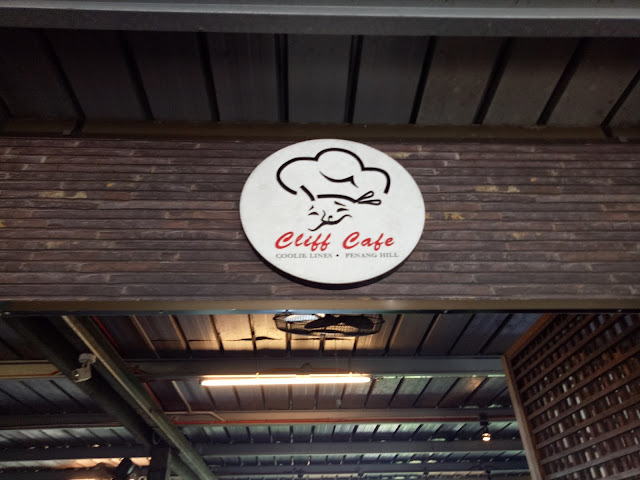 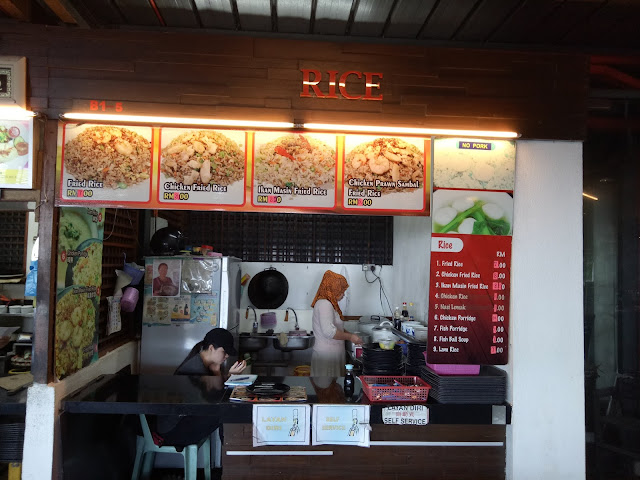 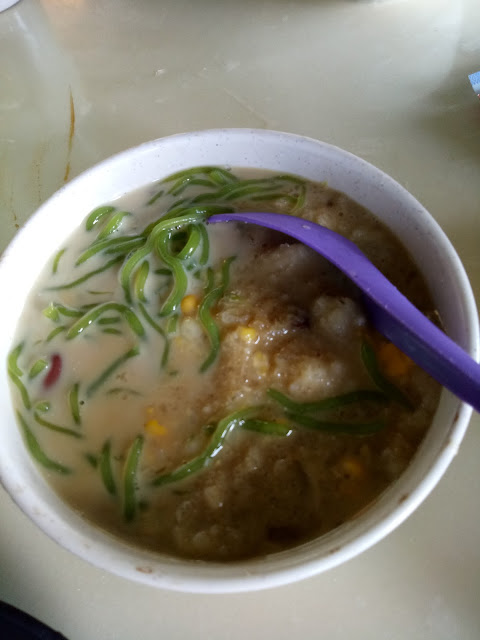 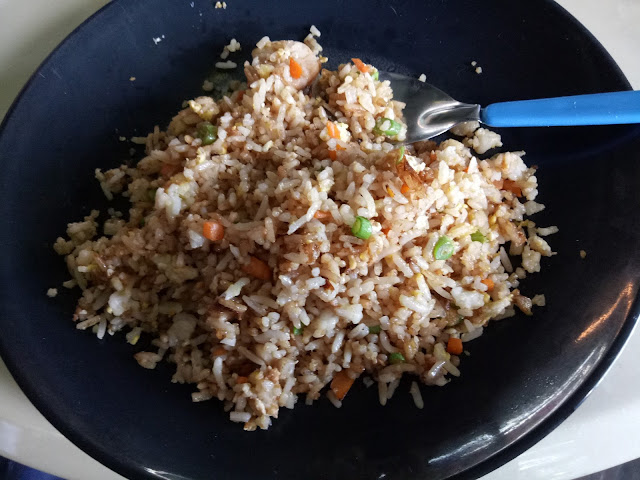 There's a section which couples can lock their keychain and put it there similar to the korean style :) we dont do these things anymore lah yah so we just took a shot before heading back down. 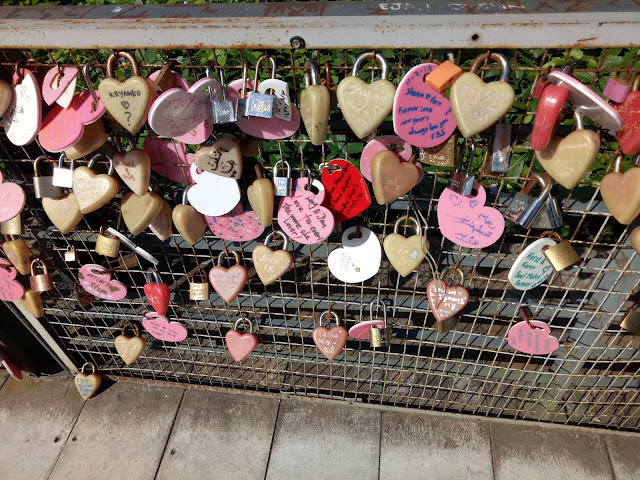 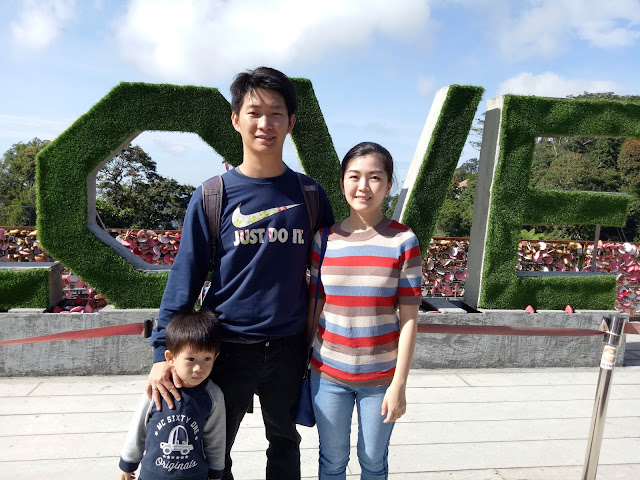